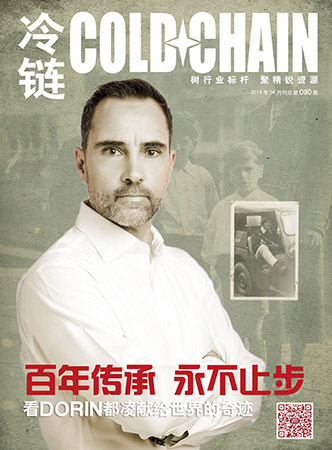 On the occasion of the latest edition of China Refrigeration 2019, held in Shanghai last week from 9th to 11th April, the Cold Chain Magazine showed particular interest in the presence of OFFICINE MARIO DORIN in China by dedicating it the image of cover and 9 pages to Dorin Compressor Jiaxing, demonstrating the growing notoriety and importance of Dorin brand on the chinese market.

The President of Dorin Compressor Jiaxing, Eng. Nicola Dorin, had a long interview answering many questions and curiosities expressed by the journalist.

During the conversation, the presidente explained the reasons that led Officine Mario Dorin, Italian company leader in the refrigeration field and operating since 1918, to open a new production company in China five years ago, in support of the Shanghai Dorin trading company, founded nine years before. 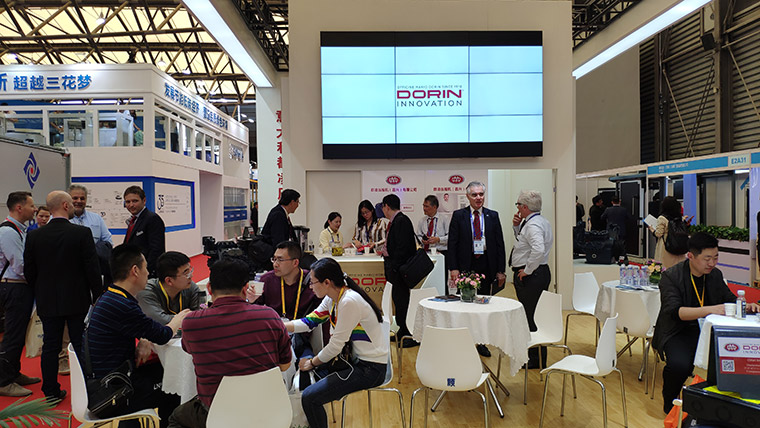 The primary reason was the desire to respond more quickly, directly and efficiently to customers on a market of increasingly strategic importance.

The production process, implemented in the Jiaxing factory, is exactly the same as the Italian one. The compressors, before leaving the factory, are subjected to tightness and electro-functionality tests.

No product is placed on the market without first having meticulous and peculiar control phases.

Regarding the organization and management of the personnel, Mr Dorin said that in Jiaxing there is the possibility for development and growth. Not all functional roles are in fact covered independently by the local reality, having to rely on the Italian parent company, Officine Mario Dorin.

The R&D sector, in particular, is totally dependent on the Italian headquarter.

The president's intention is to create a sector that is as independent as possible in China, to be ready for new and unpredictable market demands. 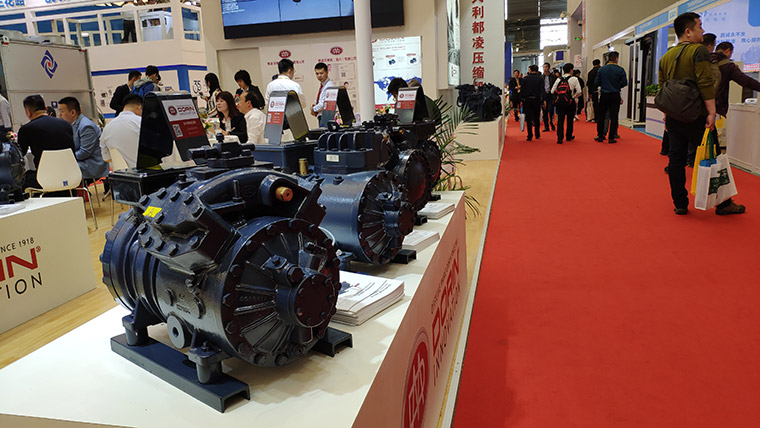 In the next future it will be increased roles and operational functions, but also the direct production of CO2 compressors, a type of product on which Officine Mario Dorin has decided to invest and in which it believes (the Dorin Co2 product range is the largest in the world with the new CD600 model) as a future ecological solution in the field of refrigeration and air conditioning.

By analyzing the economic results obtained, the President shows an exponential annual growth with a 2018 turnover doubled compared to the previous year.

He also specified that the production currently performed in the Jiaxing facilities (compressors up to 7.5 hp) satisfies both the needs of the local and the global market.

In recent years he has also been interested in the so-called "new retail", with Internet + (shop 2.0), and he revealed the upcoming opening of a store on Alibaba (the largest online B2B platform in the world).

In the year 2019 the investments will be directed for:
- Marketing and branding development, by using magazines, the official Wechat channel and a new Chinese website.
- Increasing and supporting the production, through the diversification of production, by hiring new personnel and opening a new production reality, in Jiaxing.

The interview ends with some cultural considerations, in which Nicola Dorin expresses his disbelief on the speed of change in China.

"China, he says, is the place where things happen, where the scenarios suddenly change, we are here to understand and immerse ourselves in a completely different world, with absolutely incomparable rules. The hope is for a profitable 2019, Dorin Compressor Jiaxing always will offer the best solutions to meet the market demands, by placing its customers in a priority role.

The economic growth of China has been observed with great surprise by the whole world during the last three decades. Even during the global economic crisis of 2009, the Chinese economy grew by 9.21%, only slightly lower than the average annual growth of 10.25% in the last 10 years. Nowadays, China is the world champion not only for exports, its importance has an absolute and global value also with regard to the domestic consumption market.

Martin Jacques (British journalist, academic, political commentator and author) titled his book "China will dominate the world" as a provocation, but it's clear that China will play an increasingly crucial role in the world and Officine Mario Dorin is preparing and it is equipping itself as a protagonist and in a leading position, able to anticipate and continually to meet new trends and needs, constantly responding to one of its key principles: "Your needs are our Priorities" . 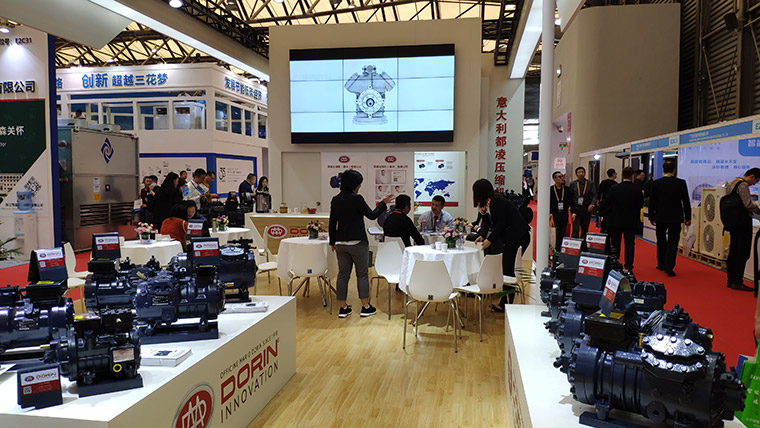 Surfying you will allow the use of cookies only for statistical and website functioning purposes. See More
x